What are My Mortgage Rate Options? 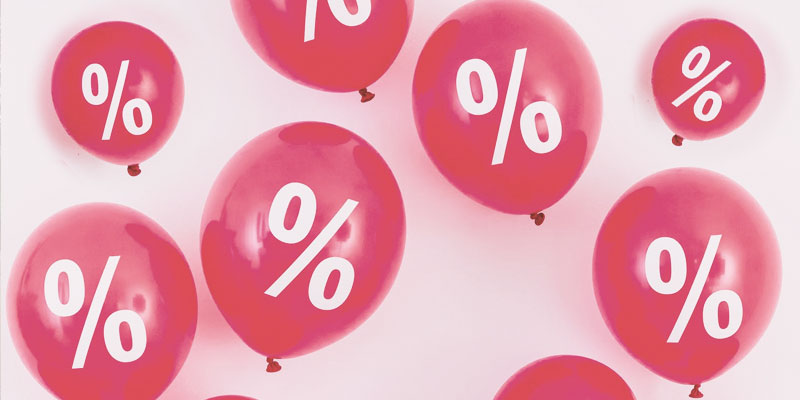 The amount of interest you pay depends on a number of factors, most notably whether you select a fixed rate or a variable rate. There are pros and cons to both and your decision should be based on your personal financial situation and risk tolerance as well as the current interest rate environment. Your mortgage agent will be able to weigh both options for you.

As the name implies, a fixed rate means that the rate doesn’t change over the term of your loan regardless of what direction market interest rates take. This is beneficial for budgeting purposes and offers financial stability given that your mortgage payments always remain the same. When interest rates are low and aren’t expected to fall further, it can make sense to lock into a fixed rate. Fixed rates also tend to be higher than variable rates, however, and the penalty for early repayment can be costly.

A variable rate means that the interest will vary based on market rates. In a declining interest rate environment, your payment will go down and, when interest rates rise, your payment will increase. Often times, the payment doesn’t actually change, but the mix between the portions paid towards your principal balance versus interest adjusts. If you start out with a variable rate, you have the option to switch to a fixed rate, but not the other way around. Because interest rate fluctuations may be difficult to predict, it’s best to assess how much of an increase you’re comfortable with in the event that they rise, which they’re bound to do at some point over the term.

There are also numerous term lengths from which to choose depending on such variables as how long you plan to remain in your home or where interest rates are currently sitting.

Negotiating and comparing rates
Interest rates are influenced by a number of factors including economic activity, supply and demand, and inflation. Many lenders, particularly traditional lenders such as banks, publicly post/advertise their rates (known as posted rates). Oftentimes posted rates are a full percentage point or more higher than what lenders are actually willing to offer you. As a result, a posted rate is rarely the actual rate you’ll pay – it simply serves as a starting point when it comes time to negotiating a more favourable rate and, for most lenders, this is entirely expected.

Your leveraging power for negotiating your rate is based in part on how appealing you are to a lender. If, for instance, you’re considered a low-risk borrower, you’ll have more influence to negotiate a lower rate. On the other hand, if a lender is less comfortable with your creditworthiness, your rate will likely end up being higher. Every borrower’s situation is different, which explains why not everyone is able to secure the same rate, and why it’s best to avoid making comparisons with your friends and family. To improve your chances of obtaining the best rate possible, make sure your credit score is high, save as much as possible for a down payment and reduce your existing debt.

Rates tend to differ from one lender to the next. There are many different types of lenders including large banks, small regional banks, credit unions and mortgage financing companies, and it’s important that you compare their respective rates. Keep in mind, however, that not all lenders post their rates, particularly non-traditional lenders, which can make comparisons difficult. It’s best to work with your mortgage agent, who will shop around and do the legwork for you.

As mentioned above, posted rates are publicly advertised by lenders, typically the big banks, either in the branch or on their website. Discounted rates, on the other hand, are the lower rates offered by lenders and should be the starting point for your negotiations.

Your mortgage agent understands this difference and will ensure you get the very best rate based on your financial situation. This is a big deal, since securing a lower rate can potentially save you thousands of dollars in interest over the life of your mortgage.

Recently, as a result of the COVID-19 pandemic, Canada has seen record-low interest rates. Nevertheless, when the time is right, rates will start to rise, even gradually, in order to foster economic growth and support a sustainable recovery. When that will be, however, is as unclear as the virus itself. In the meantime, it makes sense to take advantage of this low cost of borrowing.

Have questions about securing your best mortgage rate? Answers are a call or email away!