Watch What I Do, Not What I Say 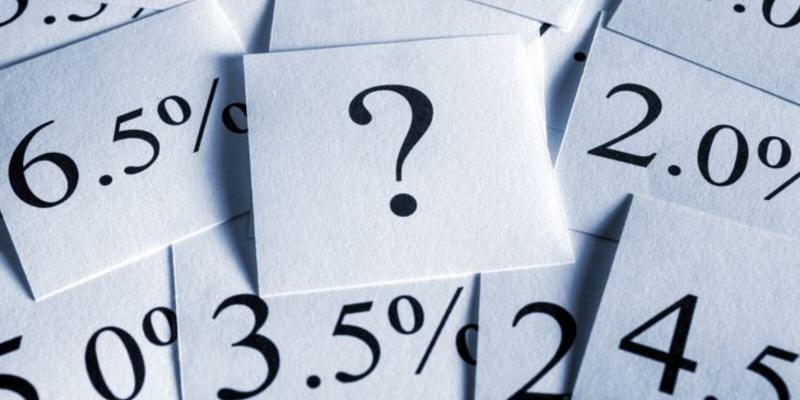 Is the government being reckless and irresponsible or will rates be this low forever? Here’s a great article that compares the recent changes to mortgage qualifications imposed on Canadians (what the government says) and the government’s own borrowing (what they are actually doing). Authored by Will Dunning, MPC Chief Economist. Enjoy!

This is one of the most useful things I learned in high school. Thank you, Mr. Hall!

The federal government has clearly told us that mortgage borrowers need to be prepared for much higher interest rates in future, since the stress test for all insured mortgages requires that borrowers’ ability to pay must be tested at a rate that is more than two percentage points above the rates that can actually be obtained in the market today.

The “posted rate” that is used in the stress test is currently 4.64%; using any of the popular rate comparison websites, it is obvious that available rates are below 2% for variable and short-term mortgages, and below 2.5% for 5-year fixed rate mortgages.

Does the government really believe that there is a serious risk of rates rising by more than two percentage points?

It hasn’t discussed this. So, what can we infer from the way the government is actually behaving when it borrows money?

The federal government does a lot of borrowing: during the 12 months from May 2016 to April 2017 it sold just under $425 billion in bonds and treasury bills, or $35.4 billion per month.  Most of this is to replace issues that have matured, but about $25 billion represents new debt (growth in the total outstanding). By simple math, $400 billion per year ($33 billion per month) is for roll-over of maturing debt.

Given these enormous numbers, we can assume that the Government of Canada is aware that it is exposed to changes in interest rates and that its decisions about terms-to-maturity are based on a risk analysis. If it is concerned that interest rates will rise materially (or even if it is unsure, but sees a risk that they might), then its logical reaction would be to reduce its short term borrowing.

The government has not done that: to the contrary, it has SHORTENED the terms-to-maturity of its recent borrowing.

In the table below, data from the Bank of Canada is used to calculate the average terms-to-maturity for new Government of Canada bonds, by year.  (The data can be obtained via this page)

As shown, the lengths of new issues have fallen during the past decade.

The data in this table is for bonds, and excludes Treasury Bills (which have terms of 3 months, 6 months, or 1 year).  These short-term T-bills represent one-fifth of the federal government’s outstanding debt.  If they were included in the maturity calculation, the combined average maturity for federal debt issued in 2017 would be far below 4 years. 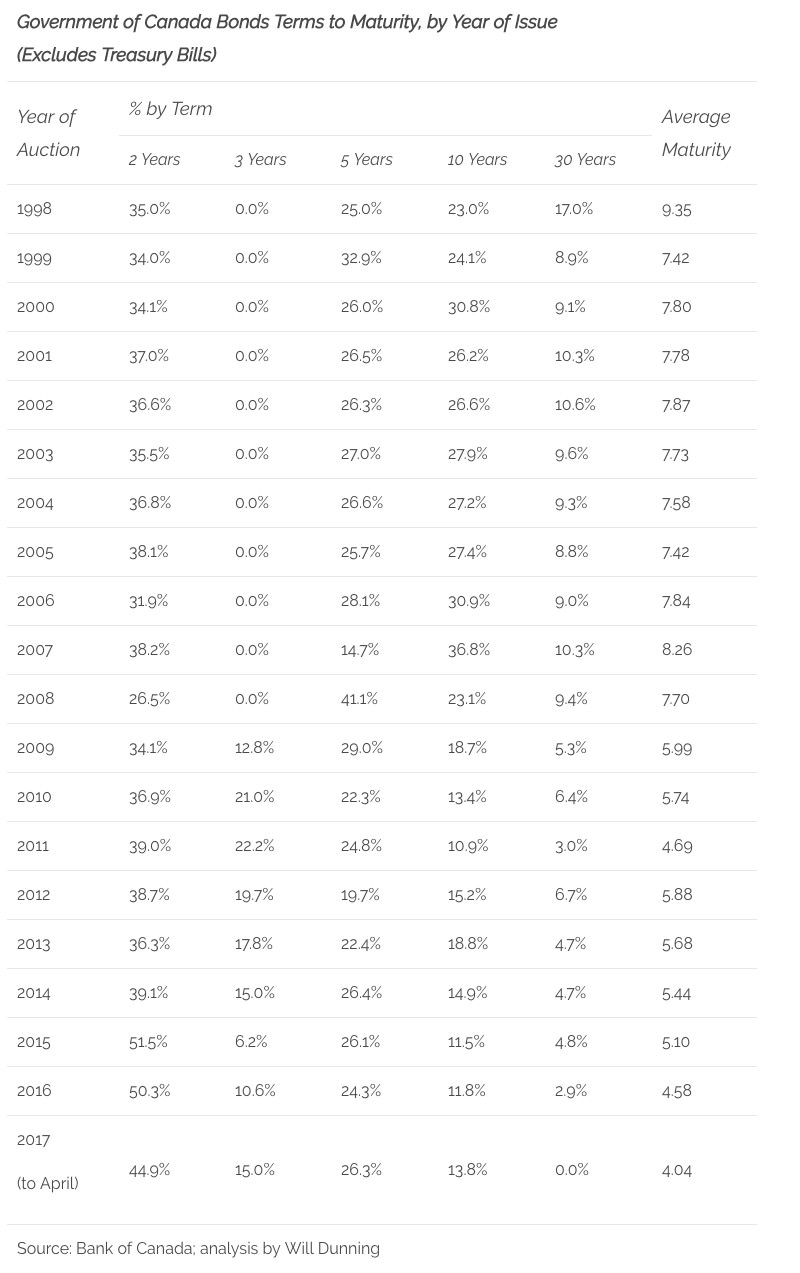 The data on the federal government’s actions send a very clear message that it either (1) does not expect rates to rise materially or (2) is being reckless and irresponsible. Meanwhile, it is imposing a draconian test on mortgage borrowers.

This article was originally published on Canadian Mortgage Trends, a publication of Mortgage Professionals Canada, authored by MPC Chief Economist Will Dunning on May 15th 2017.